Is the “CSI Effect” Relevant in Civil Jury Trials?

In Banuchi v. City of Homestead, 2022 WL 2065049 (S.D. Fla. June 8, 2022), a civil wrongful death lawsuit, evidence of the “CSI Effect” proffered by defendants was excluded, based on lack of qualification of the sponsoring expert and reliability grounds.  An appeal is pending.

“CSI Effect” evidence has been controversial in criminal cases and a recent Maryland decision limits an “anti-CSI Effect” jury instruction to a curative or rebuttal role.  Additionally, debate swirls over:

This blog focuses on the CSI Effect in civil litigation; however, it must discuss the concept in criminal cases. 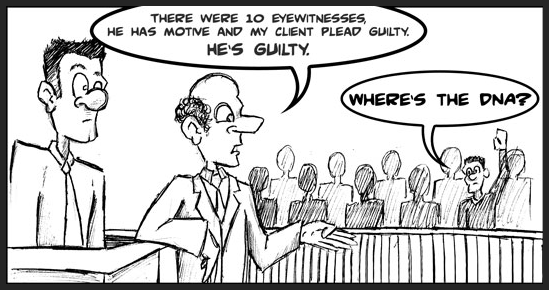 The phrase has increasingly appeared in case law and the literature.[1]  Media reports state that “the millions of people who watch the series develop unrealistic expectations about the type of evidence typically available during trials, which, in turn, increases the likelihood that they will have a ‘reasonable doubt’ about a defendant’s guilt.” See Tyler, “Viewing CSI,” 115 Yale L.J. at 1052.

Stated differently, the CSI Effect posits that guilty defendants are wrongfully being acquitted by juries that incorrectly demand high-quality forensic evidence similar to the sometimes-fictional forensic evidence depicted in the television series.  This concern has led to prosecutorial requests for “anti-CSI effect” jury instructions.

While the presumption of an impact assumes that a CSI Effect assists defendants, leading to erroneous acquittals, some argue the opposite: “CSI might aid the prosecution by lowering juror standards.”  See Tyler, “Viewing CSI,” 115 Yale L.J. at 1084.  This opposing analysis contends that there is a “reverse CSI Effect” that leads jurors to “place too much weight on forensic evidence in cases where forensic evidence IS in fact produced by the prosecution, resulting in convictions in cases where the defendant probably should have been acquitted. To say it another way, … in cases where forensic evidence IS produced by the prosecution, these same jurors give too much weight to this evidence to the defendant’s unfair detriment (the ‘Reverse CSI Effect’).”  Mark A. Godsey & Marie Alou, She Blinded Me with Science: Wrongful Convictions and the “Reverse CSI-Effect”, 17 Tex. Wesleyan L. Rev. 481, 483–84 (2011).

Determining whether there is, in fact, a CSI Effect is complex, because the CSI Effect is based on an assumption of wrongful acquittal. That hypothesis has been challenged. For example, Mr. Tyler suggests that: “It can never be completely clear why any jury acquits a defendant.”  He posits that there may be explanations other than the CSI Effect for those acquittals.  115 Yale L.J. at 1077-78.  Of course, the acquittals may  be fully justified on the facts or law and the wrongful acquittal argument is subjective, and often based on a prosecutor’s viewpoint.[3]

Nevertheless, despite these questions, Mr. Tyler concludes that: “The CSI effect has become an accepted reality….” Id. at 1083.

In criminal cases, Maryland stringently defines and limits the use of CSI-type instructions.

Properly stated, an anti-CSI Effect jury instruction has three elements.  In Taylor v. State, 473 Md. 205 (2021), the Maryland Court of Appeals wrote that the instruction is:

The Court added: “This instruction is more appropriately labeled an ‘anti-missing evidence’ instruction, as it concerns the absence of a type of evidence and does not relate either to a particular television show or, as we shall see, to an ‘effect’ that is known to exist. It has sometimes been referred to, more generically, as a ‘no duty’ instruction.” [emphasis added].

The Taylor Court wrote that its prior decisions flashed a “yellow caution light concerning such an instruction” and that the Court had been “close” to a “red light.”  One concern is that the instruction comes close to relieving the State of its burden of proof, and it could “neuter” the State’s duty to prove its case beyond reasonable doubt.

However, the Taylor Court stated that the instruction is not forbidden per se, and it is a correct statement of law, because the prosecution is not required to make its case by any particular evidence.

The Taylor Court wrote that the appropriate question is whether the instruction is necessary in a particular case, “i.e., whether it is a solution in search of a problem.”  It cannot be used preemptively and is limited to a curative instruction.[4]

The facts were tragic – indeed, awful.  Officer Green was called to investigate a “light skinned” man walking with a gun.  He came upon Mr. Foster, a black man who was walking home from the store.  Green approached Foster and saw no suspicious or criminal behavior.  He drew his gun. Foster fled.  Green pursued and shot Foster eight times in the back. Foster died.  Officers reported, and recovered, a gun lying near Foster.  DNA was obtained from the gun, but no conclusions regarding contributors were obtained when it was compared to Foster’s DNA.  No viable fingerprints were obtained.  Green had been involved in five other police shootings. He had never been disciplined and was subsequently promoted.  The estate sued, asserting wrongful death and civil rights claims.  Part of the case turned on the lack of forensic evidence.

The CSI Effect issue turned on an expert report.  The defense expert wrote in part:

The modern citizen has watched many television shows and movies that incorporate entertainment portrayals of forensic techniques. This baseline of inaccurate and incomplete knowledge can result in unrealistic justice system expectations.

The court described this as proffered testimony on “the so-called ‘CSI Effect.’”

Plaintiff’s Daubert challenge was broad, alleging lack of qualifications and reliability, insufficient factual predicate, and lack of reliable principles and methods.  Plaintiff characterized the proffered testimony as mere untested personal opinion that was not backed by empirical data.

In response, defendants referred to “peer-reviewed publications” in support of the opinion.

Defendants further argue that Dr. Hough’s testimony on the CSI Effect “will assist the jury in understanding why there was no DNA or latent fingerprints developed from the firearm” and “supports Dr. Hough’s other opinions that it is normal not to recover DNA or fingerprints from a crime scene, despite the contrary portrayal of criminal investigations on television.”

The court described the expert’s qualifications.  Dr. Hough was “a crime scene investigation and police practices expert, who has personally processed hundreds of crime scenes….” He became a law enforcement officer in 1979.[8]  He “has been qualified to testify about criminal investigations and police procedures and has been permitted to testify as an expert in those areas by other courts.”  He “taught investigative methods for patrol and detectives for more than thirty years,” “include[ing] crime scene processing and management techniques and principles.”

The Banuchi court held that Dr. Hough was not qualified to render opinions on the CSI Effect: “Defendants have not shown that there is anything in Dr. Hough’s education, background, training, and/or experience which qualify him to testify as an expert concerning the television and movie viewing habits of the ‘modern citizen’ or how those habits affect his or her expectations/views of the justice system.”

It also held that the offered opinion was not reliable.  It noted that, in his article, Mr. Tyler had stated that the CSI Effect “is plausible but has not been proven empirically.”  It held that one source cited by Dr. Hough was not peer-reviewed, and the other source had not been shown to be peer reviewed.

Based on those holdings, the court had no reason to determine whether properly-supported CSI Effect evidence would be probative,[9] or whether prejudice outweighed any probative value.[10]  In short, relevance was not decided due to the absence of an evidentiary foundation.

Banuchi’s extensive Daubert analysis sets a high bar.  It appears to be too early to assess whether CSI Effect issues will arise in civil cases.  For example, methodological challenges may more frequently be the issue. There are substantial challenges to overcoming the Banuchi flaws to admissibility of opinion evidence on a CSI Effect, and there would be equally substantial challenges in determining whether and when a jury instruction would be appropriate.  However, issues regarding the “CSI Effect” may be presented in connection with civil jury trials.

In one pending Maryland case, the trial judge asked prospective jurors: “Does any member of this panel believe that the state has got to present fingerprint evidence, DNA, blood sample evidence, ballistic evidence, any scientific evidence in order to convince you of the defendant’s guilt? In other words, do you think the state has a requirement to do that in all cases?”  Steve Lash, Md. high court will weigh if ‘CSI-effect’ rulings apply retroactively (thedailyrecord.com) (Mar. 17, 2022), referring to State v. McGhee, 2021 WL 5578167 (Nov. 30, 2021)(unreported), cert. granted, 478 Md. 187 (2022).

Note:  I would like to thank Tom O’Connor for his thoughtful comments on a draft of this blog.  Of course, I alone am responsible for any errors or omissions.

[2] Mr.Tyler wrote: “Although no existing empirical research shows that it actually occurs, on a basic level it accords with the intuitions of participants in the trial process.”  Tyler, “Viewing CSI,” 115 Yale L.J. at 1083; M. Roberts, How the CSI Effect Influences American Jurors (thebalancecareers.com) (updated Jan. 4, 2020)(citing Tyler); see Emily Ruben, “The Methodological Issues of the C.S.I Effect and it’s Controversial Impact on Criminal Investigation” (2021), Undergraduate Honors College Theses 2016-79 (“empirical and qualitative studies find that lawyers and law enforcement personnel believe that forensic dramas hold sway over jurors and the public at large,” however, “researchers have not discovered an entirely reliable effect of CSI viewership on conviction or acquittal….”).

[4] Taylor involved a forcible break in and assault.  “In closing arguments, Taylor’s trial attorney told the jury that the victim’s testimony was the only evidence the prosecution had.”  Steve Lash, Court of Appeals will review CSI effect instruction | Maryland Daily Record (thedailyrecord.com) (Mar. 26, 2020).  The instruction in Taylor was: “There is no legal requirement that the State offer scientific evidence as a part of its case, such as DNA, fingerprinting, blood typing, fiber analysis, hair follicle analysis, or anything of that nature.”  The appellate court stated that this version of the instruction was defective, even if an instruction would have been proper. It also held that there was no need for a curative instruction in this case because, in part, defense counsel did not overemphasize the lack of forensic evidence.

[5] The DRI article does not cite those commentators.

[6] Ms. Podlas’ article argues that the consultant was mistaken.

[7] Some articles point to a possible CSI Effect in civil cases.  Robert F. Chapski, “Embracing New Technology and Avoiding Its Pitfalls,” 50 No. 10 DRI For Def. 60 (2008)(“Jurors will surely expect some use of technology at trial, partly because of the ‘CSI effect’ in the civil arena, but prevent it from obscuring your message.”).  Others do not.  Simon A. Cole & Rachel Dioso-Villa, “Investigating the ‘CSI Effect’ Effect: Media and Litigation Crisis in Criminal Law,” 61 Stan. L. Rev. 1335, 1373 (2009)(“Media discussions of the CSI effect display similar distrust of juries, though in criminal, not civil, law.”).